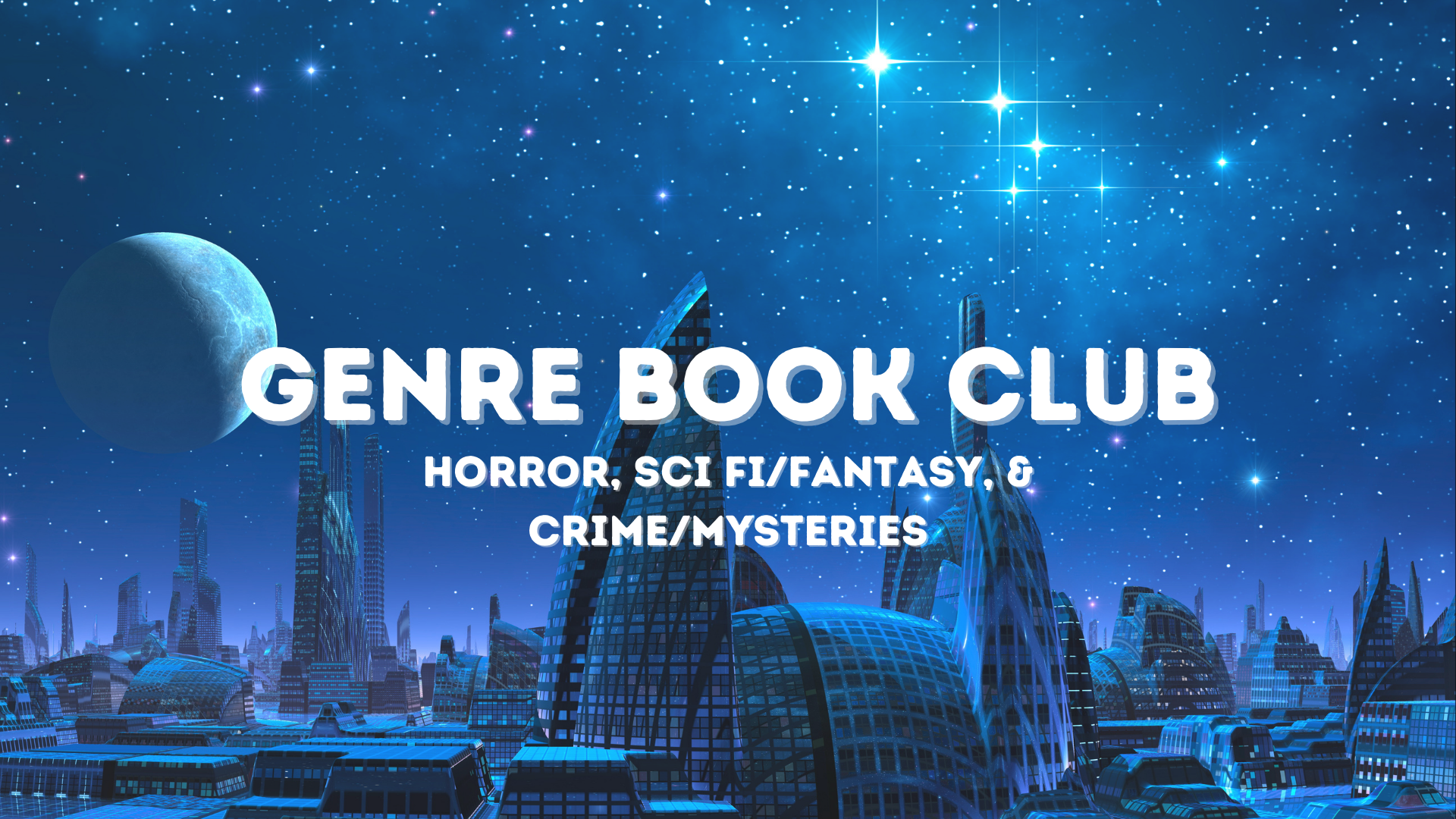 This book club meets the second Wednesday of the month at 6 pm in the Ice Age Trail Room. Each month, readers in this book club will read a book from one of three genres: crime/mystery, horror, or science fiction/fantasy.

Genre Book Club is taking a break in January. Check back for information about February's book.

The Only Good Indians by Stephen Graham Jones (Horror)

Stories of Your Life and Others by Ted Chiang (Science Fiction)

Devil in a Blue Dress by Walter Mosley (Mystery/Crime)

The Fifth Season by N.K. Jemisin

The Man in the High Castle by Philip K. Dick